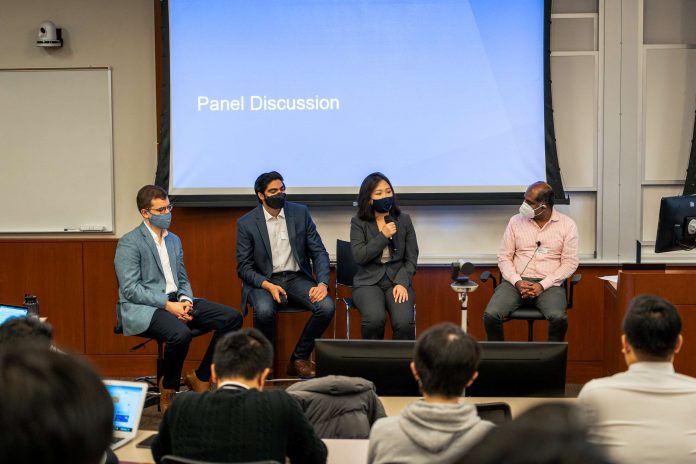 This Fall, Wharton Customer Analytics (WCA) successfully hosted its seventh Analytics Accelerator. Over the course of nine weeks, student teams, comprised of undergrads and graduates across the University, worked with real-world data to solve a unique challenge posed by their respective company sponsors. This flagship experiential learning program culminated in the Summit on November 19, 2021, when student teams presented their findings.

Lidl is a German global discount supermarket chain, based in Germany, that operates more than 10,000 stores across Europe, and 94 stores throughout the United States. Through the Analytics Accelerator, Lidl aimed to identify how they stack up against their competition in particular item categories/families within particular regions.

Zillow is the leading real estate and rental marketplace dedicated to empowering consumers with data, inspiration, and knowledge around the place they call home. The approached the Analytics Accelerator to more concretely establish their customer segmentation, and understand how to best serve the different parts of their userbase.

“The agility of analytical processes and the rigor [the team] put behind them was one of the more impressive shows of breadth in segmentation clustering that I’ve seen.”

The three student teams discussed the successes, and challenges, they faced during their Analytics Accelerator journey. “This was my first time in a management role, [being] responsible for a larger group of folks, and for members of the team it was their first time getting real-world experience with something like this,” said Michael Prappas, Business Engagement Lead and Wharton MBA candidate, who worked on the Lidl team. Even though some aspects of the Accelerator were new to its participants, that doesn’t mean the student teams didn’t leave their mark.

Forrest Dougan of Zillow said the following: “to be honest, we really waffled on whether we should even give this type of problem to a mixed group of graduate and undergraduate students. It was extremely sparse data…and we purposely didn’t want to bias the conversation by giving them too much guidance. The agility of analytical processes and the rigor they put behind them was one of the more impressive shows of breadth in segmentation clustering that I’ve seen, and frankly, I was really surprised and impressed by the group.”

John Bettonville, Lidl, echoed that sentiment. “What I was very impressed with was the fact that our student team was able to take the parameters that we set out for what we were looking for and could remain on track to have those deliverables almost exactly as we had envisioned them.”

In addition to solving a number of real-world business problems, the Analytics Accelerator also provided a glimpse into the future dynamic of team-based analytics. With different stakeholders in different time zones, communication and scheduling played a significant role in finding success. From texts and emails to Slack messages and Zoom calls, the ways teams interact to solve problems is changing. Responding to Raghu Iyengar’s question on the topic, Prappas said “totally. More likely than not, we’ll be working with people from different areas, different continents, different time zones…looking to identify who has what skills, how we might break down problems and work on them together without having to necessarily be in the same room or on the same time zone to do so.”

About the Analytics Accelerator

Every fall and spring semester, Wharton Customer Analytics hosts the Analytics Accelerator, an experiential learning program that pairs students with a company to solve a real-world business problem using the company’s actual datasets and the latest techniques including machine learning and AI.

Maximize your Cloud Spanner savings with new committed use discounts