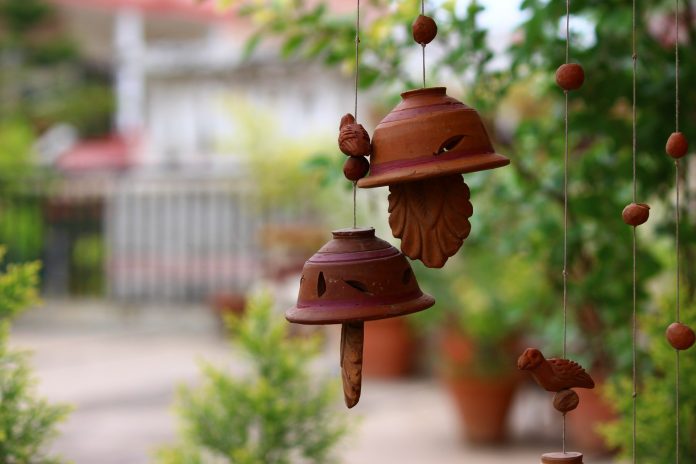 The source code of a program should be readable to human. Making it run correctly is only half of its purpose. Without a properly commenting code, it would be difficult for one, including the future you, to understand the rationale and intent behind the code. It would also make the code impossible to maintain. In Python, there are multiple ways to add descriptions to the code to make it more readable or make the intent more explicit. In the following, we will see how we should properly use comments, docstrings, and type hints to make our code easier to understand. After finishing this tutorial, you will know

This tutorial is in 3 parts, they are

Almost all programming languages have dedicated syntax for comments. Comments are to be ignored by compilers or interpreters and hence they have no effect to the programming flow or logic. But with comments, we are easier to read the code.

In languages like C++, we can add “inline comments” with a leading double slash (//) or add comment blocks enclosed by /* and */. However, in Python we only have the “inline” version and they are introduced by the leading hash character (#).

It is quite easy to write comments to explain every line of code but usually that is a waste. When people read the source code, quite often comments are easier to catch attention and hence putting too much comments would distract the reading. For example, the following is unnecessary and distracting:

timestamp = datetime.datetime.now() # Get the current date and time
x = 0 # initialize x to zero

Comments like these is merely repeating what the code does. Unless the code is obscured, these comments added no value to the code. The example below might be a marginal case, in which the name “ppf” (percentage point function) is less well-known than the term “CDF” (cumulative distribution function):

Good comments should be telling why we are doing something. Let’s look at the following example:

The function above is implementing AdaDelta algorithm. At the first line, when we assign something to the variable solution, we do not write comments like “a random interpolation between bounds[:,0] and bounds[:,1]” because that is just repeating the code literally. We say the intent of this line is to “generate an initial point”. Similarly for the other comments in the function, we mark one of the for loop as the gradient descent algorithm rather than just saying iterate for certain times.

One important issue we want to remember when writing the comment or modifying code is to make sure the comment accurately describe the code. If they are contradicting, it would be confusing to the readers. If we should not put the comment on the first line of the above example to “set initial solution to the lowerbound” while the code obviously is randomizing the initial solution, or vice versa. If this is what you intented to do, you should update the comment and the code at the same time.

An exception would be the “to-do” comments. From time to time, when we have an idea on how to improve the code but not yet changed it, we may put a to-do comments on the code. We can also use it to mark incomplete implementations. For example,

This is a common practice and many IDE will highlight the comment block differently when the keyword TODO is found. However, it suppposed to be temporary and we should not abuse it as an issue tracking system.

In summary, some common “best practice” on commenting code as listed as follows:

Comments should not restate the code, but to explain it
Comments should not cause confusion, but to eliminate it
Put comments on code that is not trivial to understand, for example, state the unidiomatic use of syntax, name the algorithm being used, or explain the intent or assumptions
Comments should be concise and simple
Keep a consistent style and use of language in commenting
Always prefer to have a better written code that needs no additional comment

In C++, we may write a large block of comments such as in the following:

But in Python, we do not have the equivalent to the delimiters /* and */, but we can write multi-line comments like the following instead:

“””Create the “process pool” of 4 and run asyncio.
The processes will execute the worker function
concurrently with each file path as parameter
“””
loop = asyncio.get_running_loop()
with concurrent.futures.ProcessPoolExecutor(max_workers=4) as executor:
futures = [loop.run_in_executor(executor, func, f) for f in filepaths]
for fut in asyncio.as_completed(futures):
try:
filepath = await fut
print(filepath)
except Exception as exc:
print(“failed one job”)

This works because Python supports to declare a string literal spanning across multiple lines if it is delimited with triple quotation marks (“””). And a string literal in the code is merely a string declared with no impact. Therefore it is functionally no different to the comments.

One reason we want to use string literals is to comment out a large block of code. For example,

The above is a sample code that we may develop with experimenting on a machine learning problem. While we generated a dataset randomly at the beginning (the call to make_classification() above), we may want to switch to a different dataset and repeat the same process at a later time (e.g., the pickle part above). Rather than removing the block of code, we may simply comment those lines so we can store the code later. It is not in a good shape for the finalized code but convenient while we are developing our solution.

def square(x):
“””Just to compute the square of a value

We can see the first line under the function is a literal string and it serve as the same purpose as comment. It makes the code more readable, but at the same time, we can retrieve it from the code:

Function name: square
Docstring: Just to compute the square of a value

Returns:
int or float: The square of x

Because of the special status of the docstring, there are several conventions on how to write a proper one.

In C++ we may use Doxygen to generate code documentation from comments and similarly we have Javadoc for Java code. The closest match in Python would be the tool “autodoc” from Sphinx or pdoc. Both will try to parse the docstring to generate documentations automatically.

There are no standard way of making docstrings but generally we expect they will explain the purpose of a function (or a class or module) as well as the arguments and the return values. One common style is like the one above, which is advocated by Google. A different style is from NumPy:

def square(x):
“””Just to compupte the square of a value

Tools such as autodoc can parse these docstring and generate the API documentation. But even if it is not the purpose, having a docstring describing the nature of the function, the data types of the function arguments and return values can surely make your code easier to read. This is particularly true since Python, unlike C++ or Java, is a duck-typing language which variables and function arguments are not declared with a particular type. We can make use of docstring to spell out the assumption of the data type so people are easier to follow or use your function.

Since Python 3.5, type hint syntax is allowed. As the name implies, its purpose is to hint for the type, and nothing else. Hence even it looks like to bring Python closer to Java, it does not mean to restrict the data to be stored in a variable. The example above can be rewritten with type hint:

In a function, the arguments can be followed by a : type syntax to spell out the intended types. The return value of a function is identified by the -> type syntax before the colon. In fact, type hint can be declared for variables too, e.g.,

The benefit of type hint is two fold: We can use it to eliminate some comments if we need to describe explicitly the data type being used. We can also help static analyzers to understand our code better so they can help identifying potential issues in the code.

Sometimes the type can be complex and therefore Python provided the typing module in its standard library to help clean up the syntax. For example, we can use Union[int,float] to mean int type or float type, List[str] to mean a list that every element is a string, and use Any to mean anything. Like as follows:

However, it is important to remember that type hints are hints only. It does not impose any restriction to the code. Hence the following is confusing to the reader, but perfectly fine:

Using type hints may improve the readability of the code. However, the most important benefit of type hint is to allow static analyzer such as mypy to tell us whether our code has any potential bug. If you process the above lines of code with mypy, we will see the following error:

The use of static analyzers will be covered in another post.

To illustrate the use of comments, docstrings, and type hints, below is an example to define a generator function that samples a pandas DataFrame on fixed-width windows. It is useful for training a LSTM network, which a few consecutive time steps should be provided. In the function below, we start from a random row on the DataFrame and clip a few rows following it. As long as we can successfully get one full window, we take it as a sample. Once we collected enough samples to make a batch, the batch is dispatched.

You should see that it is clearer if we can provide type hints on the function arguments so we know, for example, data is supposed to be a pandas DataFrame. But we describe further that it is expected to carry a datetime index in the docstring. The describe the algorithm on how to exact a window of rows from the input data as well as the intention of the “if” block in the inner while-loop using comments. In this way, the code would be much easier to understand and much easier to maintain, or modified for other use.

Args:
data: DataFrame of data with datetime index in chronological order,
samples are drawn from this
timesteps: Number of time steps for each sample, data will be
produced from a window of such length
batch_size: Number of samples in each batch

Yields:
ndarray, ndarray: The (X,Y) training samples drawn on a random window
from the input data
“””
input_columns = [c for c in data.columns if c != “target”]
batch: List[Tuple[pd.DataFrame, pd.Series]] = []
while True:
# pick one start time and security
while True:
# Start from a random point from the data and clip a window
row = data[“target”].sample()
starttime = row.index[0]
window: pd.DataFrame = data[starttime:].iloc[:timesteps]
# If we are at the end of the DataFrame, we can’t get a full
# window and we must start over
if len(window) == timesteps:
break
# Extract the input and output
y = window[“target”]
X = window[input_columns]
batch.append((X, y))
# If accumulated enough for one batch, dispatch
if len(batch) == batch_size:
X, y = zip(*batch)
yield np.array(X).astype(“float32”), np.array(y).astype(“float32”)
batch = []

In this tutorial, you’ve see how we should use the comments, docstrings, and type hints in Python. Specifically, you now knows

How to write a good, useful comment
The conventions in explaining a function using docstring
How to use type hint to address the readability weakness of duck typing in Python