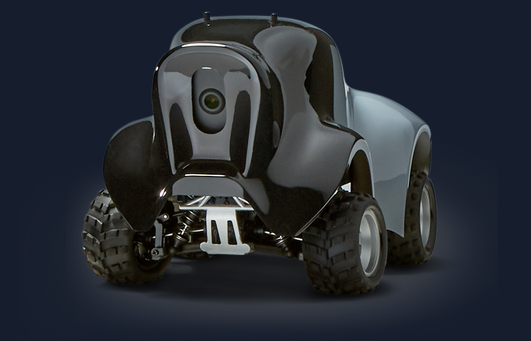 Unleash the power of machine learning (ML) through hands-on learning and compete for prizes and glory. The AWS DeepRacer League is the world’s first global autonomous racing competition driven by reinforcement learning; bringing together students, professionals, and enthusiasts from almost every continent.

I’m Tomasz Ptak, a senior software engineer at Duco, an AWS Machine Learning Hero, an AWS DeepRacer competitor (named Breadcentric), a hobbyist baker, and a leader of the AWS Machine Learning Community on Slack, where we learn, race, and help each other start and grow our adventures in the cloud. It’s my pleasure to unveil the exciting details of the upcoming 2022 AWS DeepRacer League season.

What is AWS DeepRacer?

AWS DeepRacer is a 1/18th scale autonomous race car—but also much more. It’s a complete program that has helped over 175,000 individuals from over 700 businesses, educational institutions, and organizations begin their educational journey into machine learning through fun and rivalry.

Over 100,000 developers took part in the 2021 season of the AWS DeepRacer League. They got hands-on with reinforcement learning by participating in a workshop or training a model to achieve the fastest lap on the eight monthly global leaderboards. The monthly winners from these races joined us for the fully virtual 2021 Championship during the month of November, with the head-to head live finale taking place on November 23, 2021.

Due to restrictions on global travel in 2021, the entire AWS DeepRacer League was hosted within the Virtual Circuit. Although it made for entertaining livestream events that brought racers together each month from around the globe, it’s my opinion that nothing compares to the excitement of bringing the community together to race in person in the same room. That’s why I’m so thrilled that in 2022, the AWS DeepRacer League Summit Circuit will be back with 17 stops across five continents. We will learn the exact number of races after the AWS Summits dates are announced.

That’s not all—anyone can participate in the AWS DeepRacer League Virtual Circuit races, the first of which is starting today, March 1, 2022. The Virtual Circuit consists of 8 months of racing in two divisions: Open and Pro. All racers start in the Open Division (except for the top three champions from 2021), competing in time trial races. At the end of each month, the top 10% of racers in the Open Division will advance to the pros and win a Pro Division welcome kit including swag, stickers, and a “Pro Driver’s License” certificate. Once in the Pro Division, racers will take part in car-to-bot racing to qualify for the Pro Finale, an entertaining live virtual race that you can tune in to watch, hear from the pros as they compete, and get exclusive offers and prizes. The top three each month advance to the AWS DeepRacer League Championships. Each Pro Finale race is recapped in an AWS DeepRacer community blog post and streamed live on Twitch.

The 10 best racers each month win an AWS DeepRacer car or cash equivalent in countries where the car is unavailable for shipping. Also, every month participants receive new digital rewards such as a new car shell revealed on the AWS DeepRacer console.

In March, Open Division racers will take on the Rogue Circuit, named in honor of the 2021 DeepRacer Championship Cup winner Sairam Naragoni (a.k.a. JPMC-Rogue-Hyderabad), the Rogue Circuit is a moderately short loop (48.06m) featuring a classic kidney style shape reminiscent of the AWS re:Invent 2019 track. Meanwhile the Pros will attempt to navigate the more challenging Rogue Raceway this month based on a brand new real world track near Sairam’s hometown of Hyderabad in India.

Also new for 2022, the AWS DeepRacer Student League is launching AWS DeepRacer Student. Over the last two seasons, participation by students such as the Canberra Grammar School in Australia, NYCU Taiwan, and Hong Kong Institute of Vocational Education (IVE) have catapulted students to the top of the global league. This year, in addition to being able to race in the Open and Pro divisions, students will get a league of their own with AWS DeepRacer Student. Students can access 10 hours of free training and compete each month for a chance to win prizes, scholarships, and even place as one of three wildcards in the global championships.

For the first time since 2019, the qualification will include a trip to re:Invent in Las Vegas, where racers can compete for the title of 2022 AWS DeepRacer League Champion, which comes with bragging rights, prizes, and glory.

Tomasz Ptak is a senior software engineer at Duco, an AWS Machine Learning Hero,  an AWS DeepRacer competitor (named Breadcentric), a hobbyist baker, and a leader of the AWS Machine Learning Community on Slack, where we learn, race, and help each other start and grow our adventures in the cloud.

How to Transform Dates with Formula Mode — Workato for Beginners