A Gentle Introduction to Derivatives of Powers and Polynomials 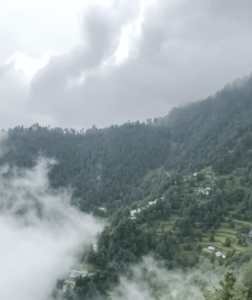 One of the most frequently used functions in machine learning and data science algorithms are polynomials or functions involving powers of x. It is therefore, important to understand how the derivatives of such functions are calculated.

In this tutorial, you will discover how to compute the derivative of powers of x and polynomials.

Derivatives of Powers and Polynomials Photo by Misbah Ghufran, some rights reserved

Derivative of the Sum of Two Functions

Let’s start by finding a simple rule that governs the sum of two functions. Suppose we have two functions f(x) and g(x), then the derivative of their sum can be found as follows. You can refer to the definition of the derivative, in case you need to review it.

Derivative of the Sum of Two Functions

Derivative of Integer Powers of x

Before we talk about derivatives of integer powers of x, let’s review the Binomial theorem, which tells us how to expand the following expression (here C(n,k) is the choose function):

We’ll derive a simple rule for finding the derivative of a function that involves x^n, where n is an integer and n>0. Let’s go back to the definition of a derivative discussed in this tutorial and apply it to kx^n, where k is a constant.

Following are some examples of applying this rule:

How to Differentiate a Polynomial?

Derivative of a Polynomial

Some examples are shown below, where the polynomial function and its derivatives are all plotted together. The blue curve shows the function itself, while the red curve is the derivative of that function.

Examples of Polynomial Functions and Their Derivatives

What about Non-Integer Powers of x?

The rules derived above extend to non-integer real powers of x, which can be fractions, negative numbers or irrational numbers. The general rule is given below, where a and k can be any real numbers not equal to zero.

A few examples are:

Examples of Derivatives of Expressions Involving Real Powers of x

In this tutorial, you discovered how to differentiate a polynomial function and functions involving a sum of non-integer powers of x.

The post A Gentle Introduction to Derivatives of Powers and Polynomials appeared first on Machine Learning Mastery.

Could GameStop Issue An NFT Dividend?

Viewing the world as a computer: Global capacity management