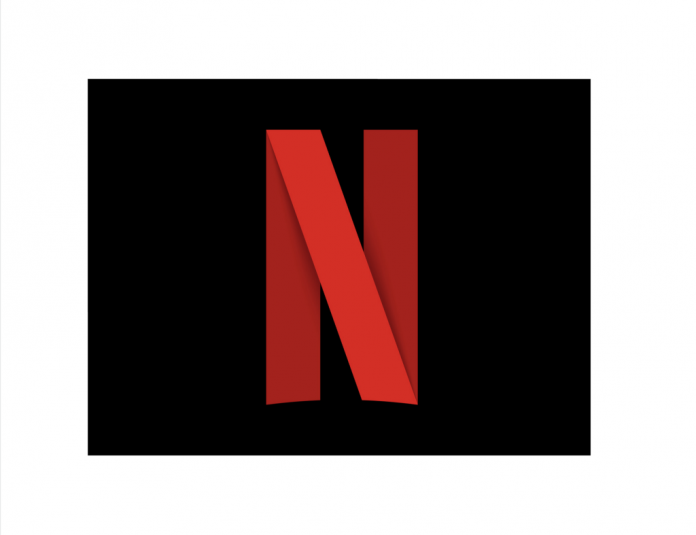 AV1 is the first high-efficiency video codec format with a royalty-free license from Alliance of Open Media (AOMedia), made possible by wide-ranging industry commitment of expertise and resources. Netflix is proud to be a founding member of AOMedia and a key contributor to the development of AV1. The specification of AV1 was published in 2018. Since then, we have been working hard to bring AV1 streaming to Netflix members.

In February 2020, Netflix started streaming AV1 to the Android mobile app. The Android launch leveraged the open-source software decoder dav1d built by the VideoLAN, VLC, and FFmpeg communities and sponsored by AOMedia. We were very pleased to see that AV1 streaming improved members’ viewing experience, particularly under challenging network conditions.

Throughout 2020 the industry made impressive progress on AV1 hardware solutions. Semiconductor companies announced decoder SoCs for a range of consumer electronics applications. TV manufacturers released TVs ready for AV1 streaming. Netflix has also partnered with YouTube to develop an open-source solution for an AV1 decoder on game consoles that utilizes the additional power of GPUs. It is amazing to witness the rapid growth of the ecosystem in such a short time.

Today we are excited to announce that Netflix has started streaming AV1 to TVs. With this advanced encoding format, we are confident that Netflix can deliver an even more amazing experience to our members. In this techblog, we share some details about our efforts for this launch as well as the benefits we foresee for our members.

Launching a new streaming format on TV platforms is not an easy job. In this section, we list a number of challenges we faced for this launch and share how they have been solved. As you will see, our “highly aligned, loosely coupled” culture played a key role in the success of this cross-functional project. The high alignment guides all teams to work towards the same goals, while the loose coupling keeps each team agile and fast paced.

Challenge 1: What is the best AV1 encoding recipe for Netflix streaming?

AV1 targets a wide range of applications with numerous encoding tools defined in the specification. This leads to unlimited possibilities of encoding recipes and we needed to find the one that works best for Netflix streaming.

Netflix serves movies and TV shows. Production teams spend tremendous effort creating this art, and it is critical that we faithfully preserve the original creative intent when streaming to our members. To achieve this goal, the Encoding Technologies team made the following design decisions about AV1 encoding recipes:

We always encode at the highest available source resolution and frame rate. For example, for titles where the source is 4K and high frame rate (HFR) such as “Formula 1: Drive to Survive”, we produce AV1 streams in 4K and HFR. This allows us to present the content exactly as creatively envisioned on devices and plans which support such high resolution and frame-rate playback.All AV1 streams are encoded with 10 bit-depth even if AV1 Main Profile allows both 8 and 10 bit-depth. Almost all movies and TV shows are delivered to Netflix at 10 or higher bit-depth. Using 10-bit encoding can better preserve the creative intent and reduce the chances of artifacts (e.g., banding).Dynamic optimization is used to adapt the recipe at the shot level and intelligently allocate bits. Streams on the Netflix service can easily be watched millions of times, and thus the optimization on the encoding side goes a long way in improving member experience. With dynamic optimization, we allocate more bits to more complex shots to meet Netflix’s high bar of visual quality, while encoding simple shots at the same high quality but with much fewer bits.

Challenge 2: How do we guarantee smooth AV1 playback on TVs?

We have a stream analyzer embedded in our encoding pipeline which ensures that all deployed Netflix AV1 streams are spec-compliant. TVs with an AV1 decoder also need to have decoding capabilities that meet the spec requirement to guarantee smooth playback of AV1 streams.

To evaluate decoder capabilities on these devices, the Encoding Technologies team crafted a set of special certification streams. These streams use the same production encoding recipes so they are representative of production streams, but have the addition of extreme cases to stress test the decoder. For example, some streams have a peak bitrate close to the upper limit allowed by the spec. The Client and UI Engineering team built a certification test with these streams to analyze both the device logs as well as the pictures rendered on the screen. Any issues observed in the test are flagged on a report, and if a gap in the decoding capability was identified, we worked with vendors to bring the decoder up to specification.

Challenge 3: How do we roll out AV1 encoding at Netflix scale?

Video encoding is essentially a search problem — the encoder searches the parameter space allowed by all encoding tools and finds the one that yields the best result. With a larger encoding tool set than previous codecs, it was no surprise that AV1 encoding takes more CPU hours. At the scale that Netflix operates, it is imperative that we use our computational resources efficiently; maximizing the impact of the CPU usage is a key part of AV1 encoding, as is the case with every other codec format.

Even with the above improvements, encoding the entire catalog still takes time. One aspect of the Netflix catalog is that not all titles are equally popular. Some titles (e.g., La Casa de Papel) have more viewing than others, and thus AV1 streams of these titles can reach more members. To maximize the impact of AV1 encoding while minimizing associated costs, the Data Science and Engineering team devised a catalog rollout strategy for AV1 that took into consideration title popularity and a number of other factors.

Challenge 4: How do we continuously monitor AV1 streaming?

The Data Science and Engineering team built a number of dashboards for AV1 streaming, covering a wide range of metrics from streaming quality of experience (“QoE”) to device performance. These dashboards allow us to monitor and analyze trends over time as members stream AV1. Additionally, the Data Science and Engineering team built a dedicated AV1 alerting system which detects early signs of issues in key metrics and automatically sends alerts to teams for further investigation. Given AV1 streaming is at a relatively early stage, these tools help us be extra careful to avoid any negative member experience.

We compared AV1 to other codecs over thousands of Netflix titles, and saw significant compression efficiency improvements from AV1. While the result of this offline analysis was very exciting, what really matters to us is our members’ streaming experience.

To evaluate how the improved compression efficiency from AV1 impacts the quality of experience (QoE) of member streaming, A/B testing was conducted before the launch. Netflix encodes content into multiple formats and selects the best format for a given streaming session by considering factors such as device capabilities and content selection. Therefore, multiple A/B tests were created to compare AV1 with each of the applicable codec formats. In each of these tests, members with eligible TVs were randomly allocated to one of two cells, “control” and “treatment”. Those allocated to the “treatment” cell received AV1 streams while those allocated to the “control” cell received streams of the same codec format as before.

In all of these A/B tests, we observed improvements across many metrics for members in the “treatment” cell, in-line with our expectations:

Higher VMAF scores across the full spectrum of streaming sessions

VMAF is a video quality metric developed and open-sourced by Netflix, and is highly correlated to visual quality. Being more efficient, AV1 delivers videos with improved visual quality at the same bitrate, and thus higher VMAF scores.The improvement is particularly significant among sessions that experience serious network congestion and the lowest visual quality. For these sessions, AV1 streaming improves quality by up to 10 VMAF without impacting the rebuffer rate.

More streaming at the highest resolution

With higher compression efficiency, the bandwidth needed for streaming is reduced and thus it is easier for playback to reach the highest resolution for that session.For 4K eligible sessions, on average, the duration of 4K videos being streamed increased by about 5%.

We want our members to have brilliant playback experiences, and our players are designed to adapt to the changing network conditions. When the current condition cannot sustain the current video quality, our players can switch to a lower bitrate stream to reduce the chance of a playback interruption. Given AV1 consumes less bandwidth for any given quality level, our players are able to sustain the video quality for a longer period of time and do not need to switch to a lower bitrate stream as much as before.On some TVs, noticeable drops in quality were reduced by as much as 38%.

On some TVs, with the reduced bitrate, the player can reach the target buffer level sooner to start the playback.On average, we observed a 2% reduction in play delay with AV1 streaming.

Our initial launch includes a number of AV1 capable TVs as well as TVs connected with PS4 Pro. We are working with external partners to enable more and more devices for AV1 streaming. Another exciting direction we are exploring is AV1 with HDR. Again, the teams at Netflix are committed to delivering the best picture quality possible to our members. Stay tuned!

This is a collective effort with contributions from many of our colleagues at Netflix. We would like to thank

If you are passionate about video technologies and interested in what we are doing at Netflix, come and chat with us! The Encoding Technologies team currently has a number of openings, and we can’t wait to have more stunning engineers joining us.

Bringing AV1 Streaming to Netflix Members’ TVs was originally published in Netflix TechBlog on Medium, where people are continuing the conversation by highlighting and responding to this story.