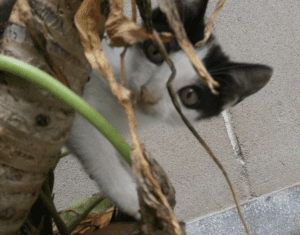 In this tutorial, you will discover what vector valued functions are, how to define them and some examples.

Definition of a Vector Valued Function

A vector valued function is also called a vector function. It is a function with the following two properties:

Vector functions are, therefore, simply an extension of scalar functions, where both the domain and the range are the set of real numbers.

In this tutorial we’ll consider vector functions whose range is the set of two or three dimensional vectors. Hence, such functions can be used to define a set of points in space.

Given the unit vectors i,j,k parallel to the x,y,z-axis respectively, we can write a three dimensional vector valued function as:

It can also be written as:

Both the above notations are equivalent and often used in various textbooks.

We defined a vector function r(t) in the preceding section. For different values of t we get the corresponding (x,y,z) coordinates, defined by the functions x(t), y(t) and z(t). The set of generated points (x,y,z), therefore, define a curve called the space curve C. The equations for x(t), y(t) and z(t) are also called the parametric equations of the curve C.

This section shows some examples of vector valued functions that define space curves. All the examples are also plotted in the figure shown after the examples.

Let’s start with a simple example of a vector function in 2D space:

Here the parametric equations are:

The space curve defined by the parametric equations is a circle in 2D space as shown in the figure. If we vary t from -𝜋 to 𝜋, we’ll generate all the points that lie on the circle.

We can extend the r_1(t) function of example 1.1, to easily generate a helix in 3D space. We just need to add the value along the z axis that changes with t. Hence, we have the following function:

We can also define a curve called the twisted cubic with an interesting shape as:

then the derivative of r(t) is given by r'(t) computed as:

Examples of Derivatives of Vector Functions

We can find the derivatives of the functions defined in the previous example as:

The parametric equation of a circle in 2D is given by:

Its derivative is therefore computed by computing the corresponding derivatives of x(t) and y(t) as shown below:

The space curve defined by the parametric equations is a circle in 2D space as shown in the figure. If we vary t from -𝜋 to π, we’ll generate all the points that lie on the circle.

Similar to the previous example, we can compute the derivative of r_2(t) as:

The derivative of r_3(t) is given by:

All the above examples are shown in the figure, where the derivatives are plotted in red. Note the circle’s derivative also defines a circle in space.

Parametric functions and their derivatives

Once you gain a basic understanding of these functions, you can have a lot of fun defining various shapes and curves in space. Other popular examples used by the mathematical community are defined below and illustrated in the figure.

In this tutorial, you discovered what vector functions are and how to differentiate them.

What are the components of a Cloud VM?

How to check if Google Tag Manager is Working?